This award uses independent data from SlotCatalog, one of the leading analytics platforms in the slot industry, to establish the company that has most improved over the last 12 months.

4ThePlayer has released seven titles in the last 12 month period, including 3 Secret Cities, 90k Yeti, and 60 Second Heist. Each game has a player-centric innovation that enhances the entertainment experience.

Watch the improvement in 4ThePlayers Provider Rank, over the last 12 months which lead to the win:

These innovations include BONUS UP™ in 3 Secret Cities, which takes the player on an enchanting journey and awards them a better bonus the longer they wait for it, and WIN TIME™ in 60 Second Heist, which delivers high octane excitement playing the bonus against the clock.

Andrew Porter CEO of 4ThePlayer commented on the win:

“We are delighted to have won this award! I have been a big fan of Slot Catalog for many years, so the fact that the award is in collaboration with Slot Catalog and that it is based on actual data and game performance is the icing on the cake. Thank you, Casino Beats and Slot Catalog!” 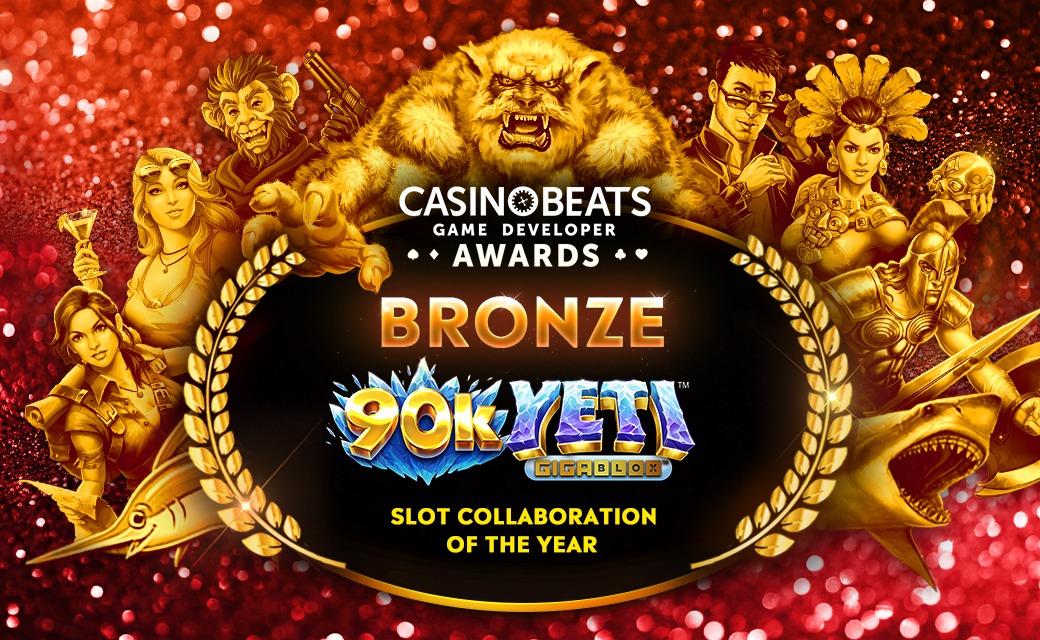 Slot Collaboration of the Year

4ThePlayer also scooped Bronze in the Slot Collaboration of The Year award for their title 90k Yeti Gigablox. The game uses the Yggdrasil Gigablox GEM game mechanic with a true 4ThePlayer twist, delivering more Gigablox on the reel bands than ever before! This has resulted in a top-performing players’ favourite title.

The awards were part of the 2022 SBC Casino Beats Summit held in Malta, and are often referred to as the Oscars for Slot and Game Development.