7th December 2021 One player will be having a Christmas to remember after hitting the maximum win on 90k Yeti Gigablox – a huge 90,000 times their stake!

The player triggered a Giga Summon that delivered the almighty win. During a Giga Summon the mythical monster summons the biggest Gigablox to the reels – either a 4×4, 5×5 or a 6×6 Gigablox. In this case, the Giga Summon delivered a 5×5 Yeti Gigablox!

This is not the first time a player has had a lucky win from a Giga Summon – last month a player landed a 5×5 Gigablox after a Giga Summon and created a 75,000x win.

90k Yeti Gigablox is the sequel to 4ThePlayer’s popular 9k Yeti slot. During the Christmas period in both games, the Yeti enters the festive spirit and wears his Santa Hat!

“It is amazing to see a maximum win in the game so soon after the 75,000x win! When we created the maths for this game, we made sure the 90,000x wins could occur frequently and the Yeti has delivered! Congratulations to the lucky player on their Yeti-tastic win!” 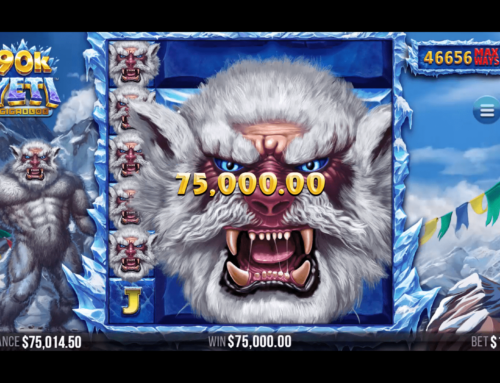