4th November 2021 One lucky player will be celebrating after winning an astronomical $75,000 from a $1 spin on 90k Yeti Gigablox™, the recently released slot by 4ThePlayer.

The player was casually spinning in the main game and suddenly encountered the mythical Yeti on a 5×5 Gigablox during the Big Giga Summon feature, creating the awesome win!

“One of our signatures is entertainment coupled with real big win potential, so it’s brilliant to see 90k Yeti Gigablox deliver such a big win so soon after it’s released. We hope the player enjoys their winnings!”

Stuart McCarthy, Head of Product and Programs at Yggdrasil, said:

“We are delighted to see Gigablox potential being realised in this amazing win! 4ThePlayer have done a superb job creating this game and harnessing the power of the Gigablox – congratulations to the lucky player!”

The win can be watched here: https://youtu.be/09RzzaIbmDk 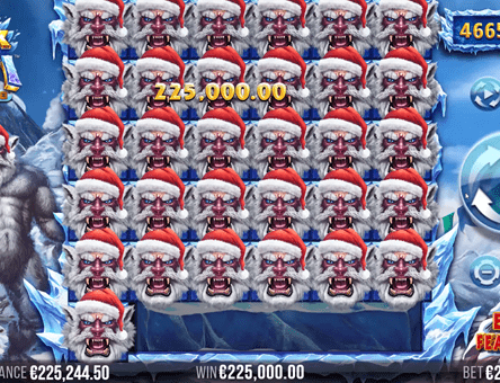